On that same plate, we note small line and dot in the Earth and Mars quadrant, and surmise it indicates Scout ship bearing motherships coming to and leaving from the solar system. Coming off the quadrant’s encompassing oval, we see two lines crisscrossing other solar systems, showing interstellar flight capability to nearby star systems.

In the foot print’s heel, we note the same four quadrant outline, this time showing symbols that should coincide with the names of the planets, read again from top right to bottom left. In the diagram, Mercury appears as a “V” while Earth looks like the number “pi”, Mars like a “J”, and Venus like a bird in flight.

The left foot print is “the message.” It shows a nuclear explosion and then what happens to the ground or planet, a break up. The heel demonstrates what happens to travel routes in space due to nuclear explosions on Earth. There we see a mothership to the right and two flight paths that suddenly come to a stop and must detour. Compare these flight paths to the smooth paths in and out of our system on the right foot print. 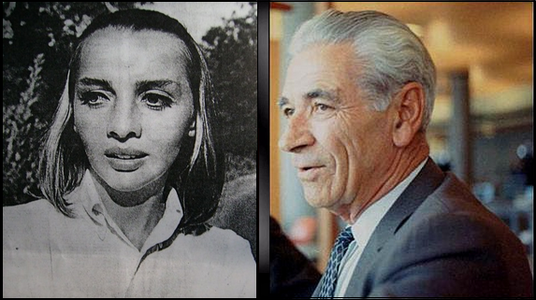 The first clue to how to interpret these plates is found in the “star map” on the right foot print.

The quadrant shown in the map shows the inner planets, read from top right to bottom left. How we can tell is simply by the “planet” sizes. These indicate Mercury on top right as the smallest and moonless, Venus on top left a bit larger with no moon, Earth on bottom right with a moon, and Mars on the bottom right also with a moon.

This reading direction is important to learn as we move forward. In the Venus quadrant we find an interesting feature which is a large dot and a scout-loaded mothership coming out of it on a vertical stick. The black oval in the white oval indicates “someone” or something inside it, thus a mothership. This mothership is traveling to the “right” where a hand print is saluting. We also see the outline of a scout ship, or the three clustered balls, with a line pointing downward toward the Earth quadrant as if landing. Thus, this means we come from Venus to Earth in peaceful salute.

In the early 1950’s, George Adamski captured two valuable foot prints during an encounter with a Venusian. These foot casts are very descriptive, yet they have evaded interpretation, including mine, for quite some time.

It just dawned on me what they mean, 60+ years later, and I offer what seems as a simple, yet critical message. 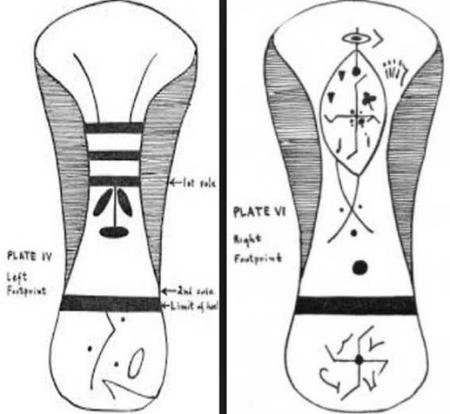