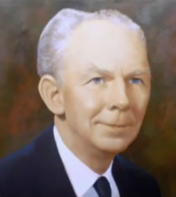 The above is a request from Unarian Students to the member/s on the Board of Directors of the Unarius Academy of Science (UAS), to please reconsider and drop the action you have taken (potential legal action) and demands restricting your fellow Unarian Students from dispensing the Unarius teachings who's only desire has been and will always be, to live by the Principles given to them and taught to them by their Teacher and Moderator, Ernest L Norman. And to be able to, without threat of (legal action) or any other action that would try and hinder their spiritual birthright and progressive development as students, to try and force them to cease and desist from using the word "Unarius" in their endeavors to disseminate to each other in whatever capacity, and to those that have been preconditioned to make contact with the Unarius Science.

We feel the UAS is trying to suppress and prevent Unarian students from expressing their FIRST AMENDMENT rights.

The Founders of Unarius including the two main sub-channels who wrote the majority of the books under Ruth Norman's guidance never trademarked the word "Unarius" for one simple reason: Unarius is not a material object or possession that belongs in an earth world model. It is not a business or in any way associated with standard operating procedure of an earth world. To trademark it goes directly against the very teachings of the Brotherhood. To also yet use the trademark as a battering ram against those who would seek to spread its words of wisdom is a deep affront to all that Unarius teaches and a deep affront to the very Brotherhood themselves who wish only that this understanding reach as many of those willing and able to garner its life-saving message.

It is a deep wound to the Infinite for is not the word Unarius another name for "Infinity"? How can you trademark Infinity?

As students of Unarius, we can't claim to know all Unarius is, but there is one thing we know for sure that it isn't:  Unarius is not a third dimensional business therefore Unarius should not be subjugated to common business practices such as a trademark.  The founders and subsequent subchannels understood this.  That is why the word Unarius was never trademarked during their period of overseeing and development of Unarius into a new world teaching (for nearly fifty years) nor would they have ever trademarked the name.  That would have defeated everything they were working for.  Nor would they have threatened anyone with harm that sought to share its teachings.  To threaten and harass others as an organization of Unarius would have been the furtherest thing from the true Unarius Mission of Ernest L and Ruth Norman. Unarius was trademarked only long after the founders had passed on.

UNARIUS is basically an organization of spiritual leaders and teachers who are functioning from certain celestial planes which have heretofore been known as SHAMBALLA.

This is an organization formed by thousands of teachers, doctors, scientist, and Masters who have the destiny and guidance of mankind as their inspired life work

Many of these people have, until quite recently, lived on this earth; others lived here thousands of years ago.  They are at present trying to inspire and develop in man the new age meta-physics or spiritual science.  However, their work is limited to the extent of finding suitable channels of expression on earth as well as of finding general acceptance by mankind as a whole.

Moreover, they must also work in conjunction with certain celestial or astrophysical cycles.  As each man is his own moderator of life, he is not forced to accept wisdom against his own will for that would tend to defeat the whole concept for the necessity of evolution or reincarnation and the prime purpose of life.  THE INFINITE CONCEPT OF COSMIC CREATION,  paragraph 34.

Remember the words spoken by the Moderator in, "THE ANTHENIUM"  Truth-Bow  which speaks of not just one or two illumined shafts of Light but other shafts of Light too from the bow of Truth.

As Dr. Norman said, "From time to time we have had a number of students write to us in regard to their endeavors to understand Unarius; and in these respects they have reverted to this common and quite fallacious practice of trying to compare Unarius with other previous contacts ... This is a common practice and one which should be dealt with quite strenuously, inasmuch as we must first supplant within our consciousness an entirely new concept of Infinity.  Unarius is just another name for Infinity;  it cannot be classified in this respect with any other existing interdenominational orders ... and it can not be classified, in the material sense, as a material or third dimensional science.  Although it is scientific in nature and does include the basic elements in our material science, it must be remembered that material science, in turn, has merely included or borrowed from the Infinite, certain basic concepts or principles which have made this physical science possible up to this point.  Unarius, therefore, can be considered to be something like a large slice of watermelon taken across the entire section of the melon, and in this section we can see the various formations wherein the seeds are held firmly within fleshy portions of the melon.  Unarius, in a sense then, is a cross section of the Infinite and the beginning of your understanding of the Infinite.

At this point we can also make another analogy; we can say that your approach to the Infinite, through Unarius, is, in all respects, an attempt upon your part, to again be born into the spirit or "born of the spirit."  INFINITE PERSPECTUS  Chapter 21,

Dr. Norman goes on further to explain in Chapter 21:

"If you would be "born of the spirit," then do not attempt to preface this rebirth upon former extractions or derivatives in the emotional values of your previous life.  Unarius or Infinity is one and the same;  they are synonymous ... Unarius is a complete abstraction of the Infinite, wherein this Infinity is explained in a practical and realistic manner."

Dr. Norman goes on to say in Chapter 22:

"It also must be remembered that, if at any time, we divert the more objective and abstract realizations of concept within our own minds into the more common and dominant physical expressions which may seemingly mandate their inclusion in our introspection, then we are lost - at least for the moment.  We cannot form the more primitive values extracted from the evolutionary process which sponsored them from the beginning of their more elemental and barbaric past."

"The Infinite is infinite, and can be made infinitely possible to any human only on the basis that the Infinite is objectively realized without the implication of personal, dogmatic, rhetorical influences which are always carried over by every human, from out his past.  In other words, the freedom of thought or concept, as it must be carried on in the higher dimensions is purely a product of Infinite understanding.  It is quite different from the former selfish attitudes which people expressed in the lower planes of life, which were directly a byproduct or a carry over from the more primitive stages of their evolution, and in such earth lives where the law of the jungle - survival of the fittest - was the mandatory element of daily life."  INFINITE PERSPECTUS, Chapter 20

"The true course of life is evolutionary in nature; it is progressive; it must either continue onward and upward, or it must continue downward.  At no time will there be a point where a person can be presumed to be coasting, or to remain in some suspended state of animation.  For the attributes within every wave form, as it is manifest, and as it is part of the Infinite intelligence, must again regenerate; always it must be harmonically attuned.  It always must be part of the whole;  it had no beginning; it had no terminating point; it remains constantly an ever-changing, resurgent, manifestation of the Infinite in action.

In this respect every person who is so minded for a better life, must appropriately understand these dynamic principles of Infinite function and action.  It cannot be otherwise."  INFINITE PERSPECTUS  Chapter 20

The UNARIUS name was recently trademarked, a name and belief we all share and respect for it is a non-worldly name and the universal teachings shared by countless worlds. It is a name bearing heavenly peace, tolerance, and diversity of understanding in each individual's evolutionary climb. Such freedom has now been compromised by those who without student authorization trademarked the name UNARIUS. As a result of this trademark, UNARIUS students are being silenced and forced to follow beliefs that are contrary to the UNARIUS teachings. Websites containing UNARIUS material are being forced to shut down and efforts are underway to acquire such assets. In addition, being a single general word representing a belief, UNARIUS cannot be trademarked.

For more information prior to signing petition, please see reference material below. Our Love, Light, and Radiant Energies from the Students of Unarius.

Thank you for signing this petition!