To understand who and why we are, we must first understand where we are. This understanding may come at first from the elements that surround us, both at a macro and micro level, but eventually that is not enough.

The heavens displays the work of creative intelligence on a massive scale, but so do the wonders of the miniature world. We cannot see far enough, or deep enough, to fully understand creation, trapped within a visual framework that limits our comprehension of our true origins, purpose, and behavior. Far back in time, man could see no farther than a few stars, or deeper than soil. And though man has extended his sights a million fold in each direction, able to see 13 billion light-years out and resolve to half the size of a hydrogen atom, this is but a comparative hairline in infinity's grandiouse scope.

A Planck length is a hundred billion billion times smaller than a proton. And if we have extended sights a million fold, a hundred billion billion times is by far a feat far from reach. Still, at the center of a Planck length is a dimensional surprise that's even smaller; the manifested intelligence of dimensional energy cycles that make everything exist on this plane. Can our eyes see beyond the physical veil at causant dimensional cycles? That power is reserved to mathematics and the mind to understand the creative order for manifested intelligence known as the universal laws. 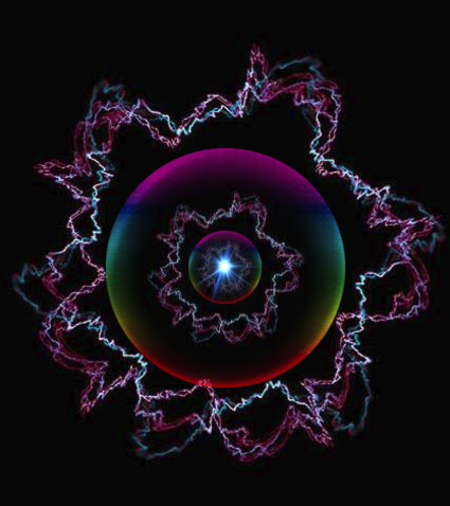