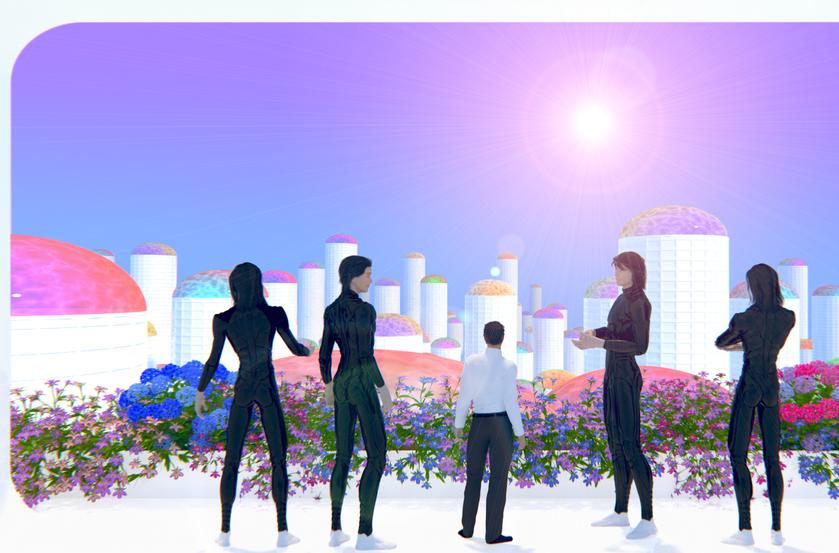 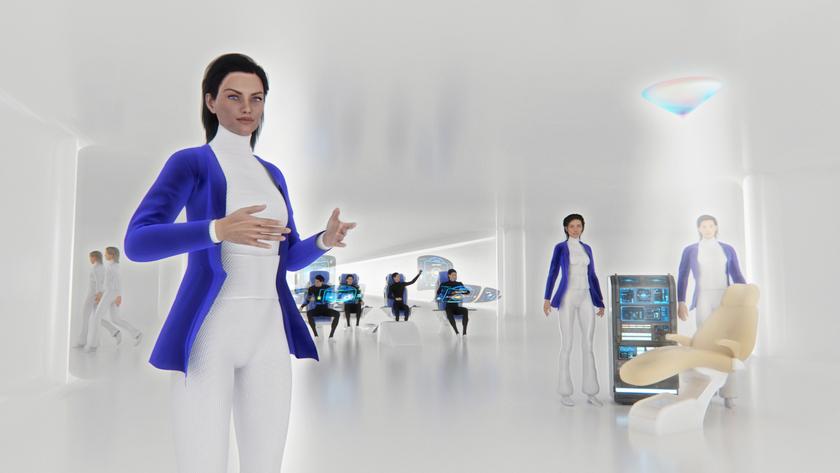 This yields an estimated stellar projection line from HIP 27317 to HIP 18952 that crosses the Dorado constellation boundary at HIP 20650 (4h 25m 29.77s -53d 06'42"), off by only 3' (5 light-years) from the slope mean (see picture below, circled star). HIP 20650 is a double F-type star located 403 light-years from us. The stellar type, size, and location fits vision details and seems as a plausible earth-like solar environment. Is this the 100 Doradus binary star system, the reptilian home world? 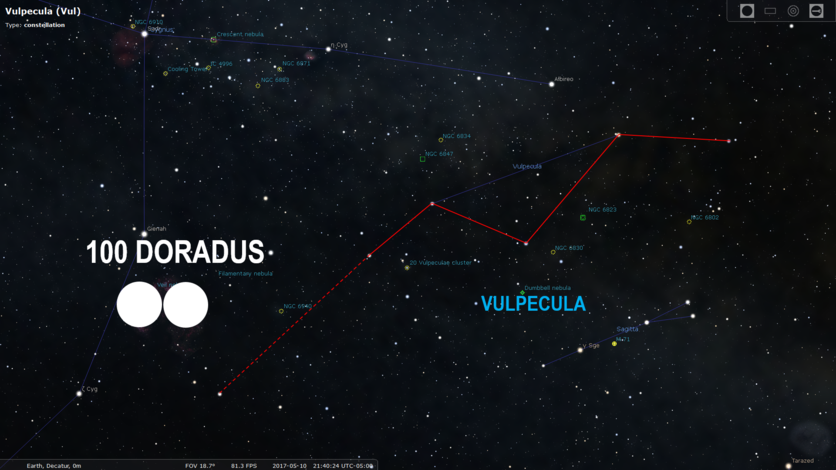 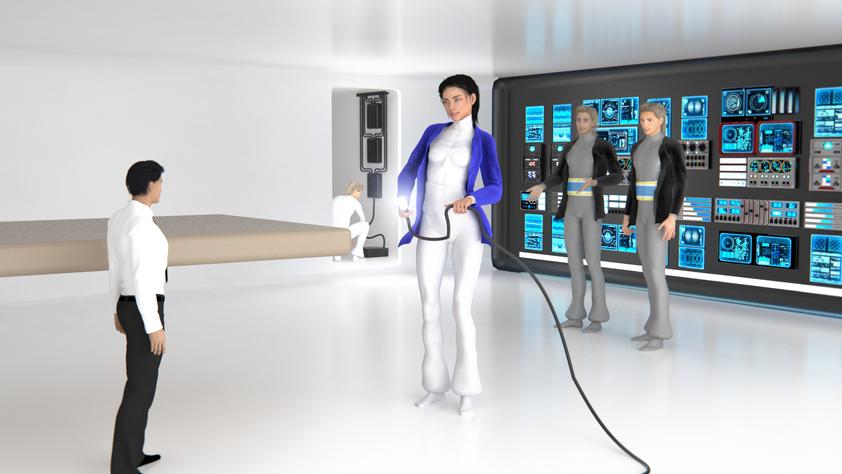 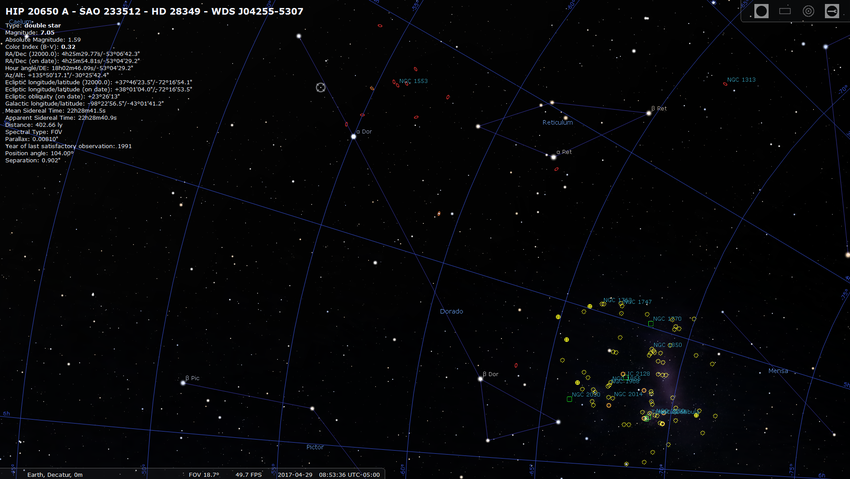 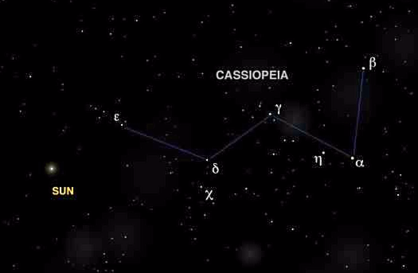 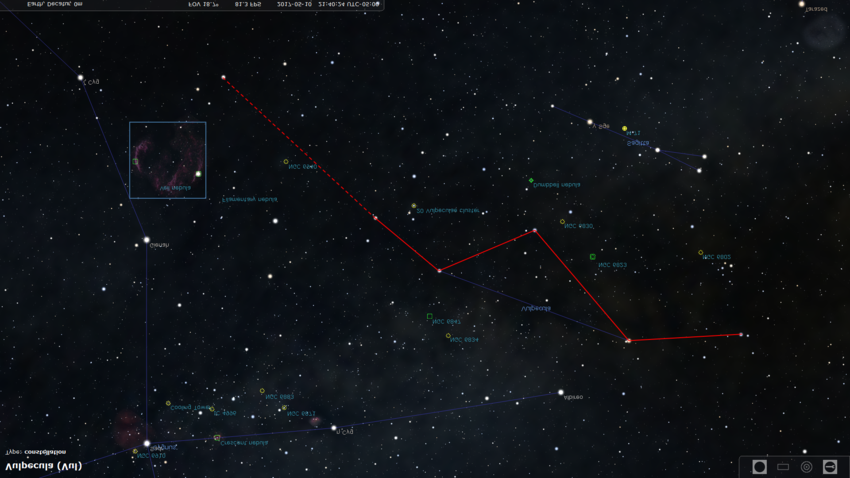 Workstations and control consoles surged from beneath the floor upon mental command. These had keyboard interfaces but I was certain that the principle interface was mental. The brothers excused themselves and said it was time for them to bid farewell as they had to tend to work and study. This corridor turned out to be a school and my brothers were preparing to assume advanced technical responsibilities in their society, careers they did not disclose but I felt had something to do with city planning and engineering.

I woke up suddenly and made sure to remember this information, but soon fell asleep and, unexpectedly, had the same precise dream with the same beings, star map, and star system information. Emphasis was placed once more on 100 Doradus ​as the reptilian home world. I woke up again, but seconds later I fell asleep. This time, the dream turned into a vision.

I sensed I was in a balcony overlooking a large alien city that spread into the distance. Since I was not prepared for this vision, my consciousness felt numb but do remember seeing this city. All buildings had domes that alternated colors and were circular in nature. There were no sharp angles in their designs, all were rounded. 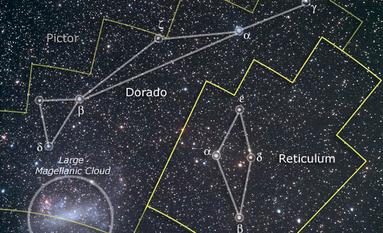 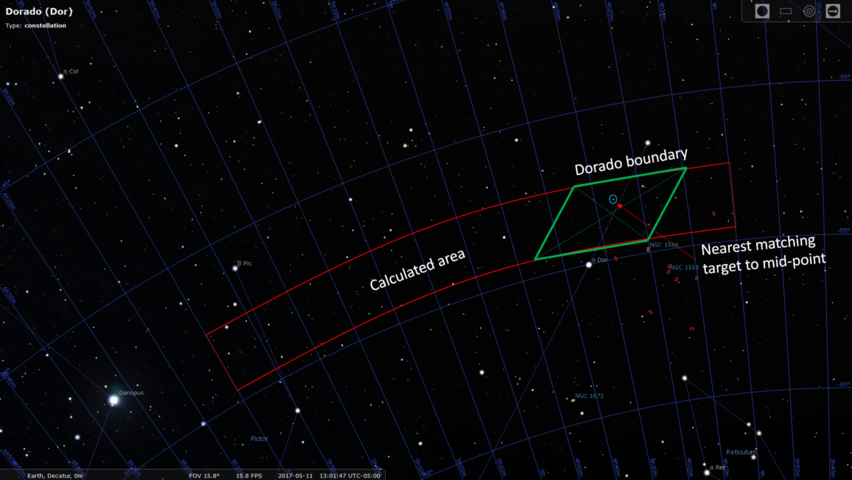 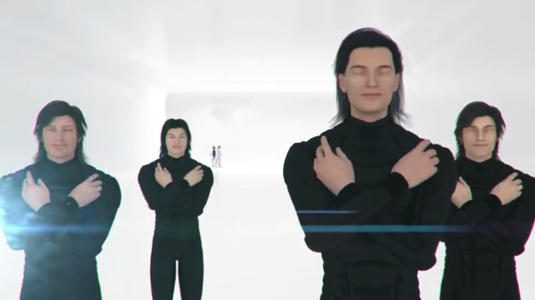 As the vision's star map became clearer in my mind, I saw that the star map did contain Vulpecula. But what seemed interesting was that ... it looked similar to Cassiopeia, except rotated vertically and flipped horizontally. In so doing, the viewing perspective was from outside the galaxy inward! Here is an amazing similarity between Vulpecula and Cassiopeia (Cassiopeia seen from outside our solar system also). 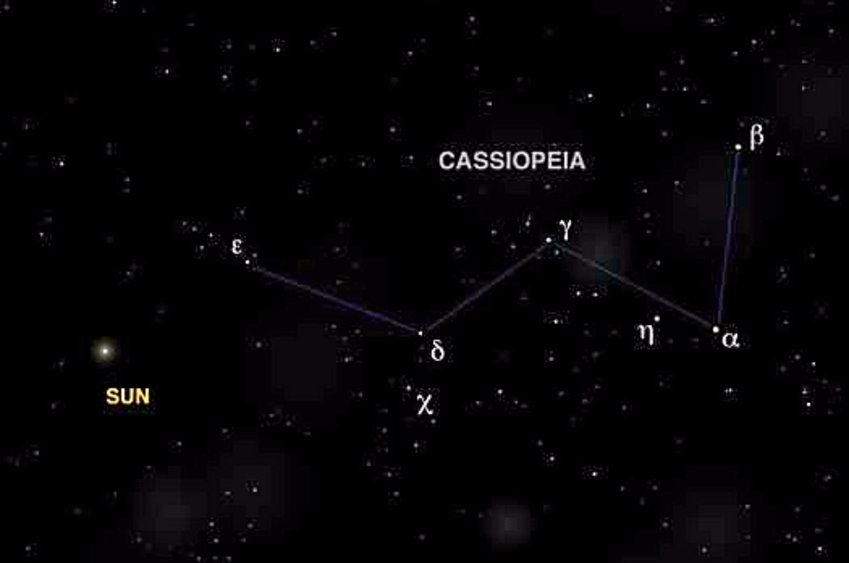 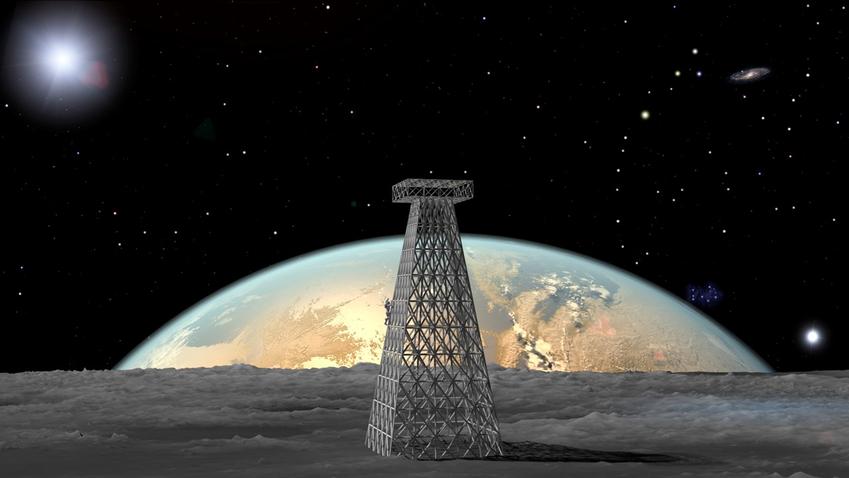 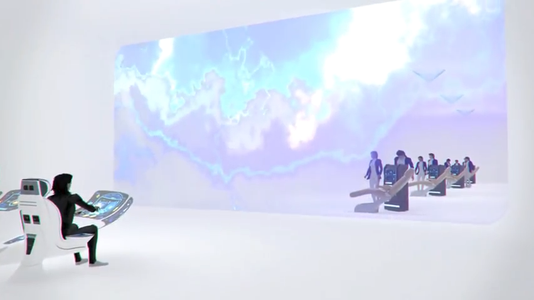 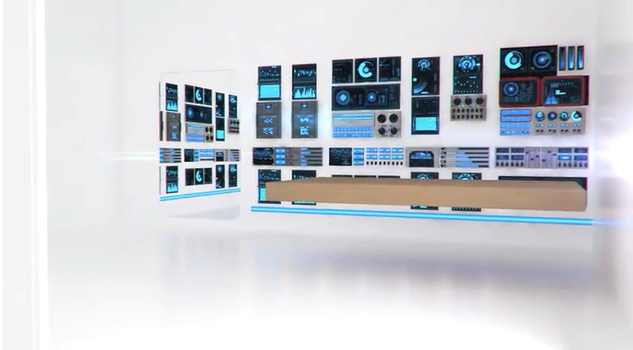 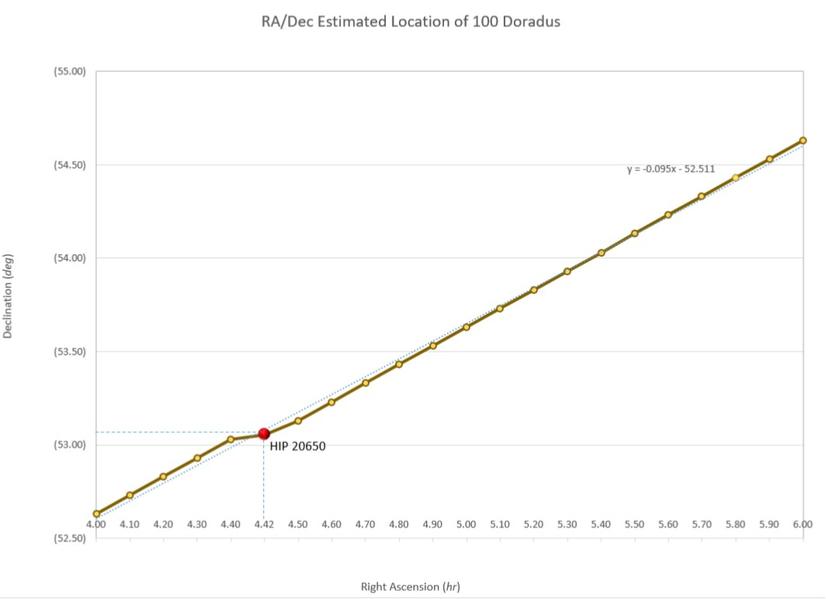 By superimposing Cassiopeia over Vulpecula, we find that NGC 6992 (the Veil nebula) aligns relatively where the sun would be. Thus, the two large stars in the vision stand-in for the Veil nebula. What does this signify?

​Vulpecula is located at 20h/+25 average, Dorado is at 5h/-60 average. Processing these coordinates with simple arithmetic, (20h - 5h) + (+25 - -60) = 100. We have a name match with 100 Doradus, a result indicating we have a plausible relationship between the two constellations when their coordinates are interpolated. However, by using the Veil nebula's coordinates (20.87h 30.5deg) and apply declination slope approximation to Dorado's right ascension limits, we can estimate the location of the mysterious 100 Doradus system as follows:

In other words, find the range of declination degrees within Dorado's 4h to 6h right ascension, and what binary sun-like stars are in that area that fall closest to the Dorado constellation's boundaries.