WHY WRITE ABOUT THE SUBJECT

Why expose oneself unnecessarily to the wrath of 43,000 Christian denominations, if not more, struggling to be number one on the charts by all means possible? Because this issue, at last, needs sincerity and professional grade facts.

The inspiration for this page emerged after reviewing a write up by W. Gary Crampton from the Trinity Foundation in support of Creation Ministries' stance on ETs. It is admirable to challenge facts and voice lessons learned, but bolstering every imaginable dissenting view on UFOs and ETs from a biased religious point of view, while listing substandard assenting views to demonstrate the opposition's incompetence, slants the writer's own pre-meditated non-objective inclination. It's sad to see a huge roster of Ph.D.'s and engineers on the Creation Ministries website who failed to step-in and provide counter evidence on the subject, but I'm sure they have their reasons and I respect them.

Evidence should be clear cut, not complicated, straight forward, yes/no rather than maybe, and entirely independent of other sources. We need clarity and sincerity, not the river Styx flowing from compromised lips. Facts is what we need, not:

Antagonists claim NO tangible UFO pictures or videos exist, and no radar has ever detected one (entering our atmosphere).

VIDEO EVIDENCE: The following videos were taken by NASA, US and Mexican Air Force jets during missions, not amateurs:

PHOTOGRAPHIC EVIDENCE: The internet is filled with a host of pictures, but none carry as much weight as those taken by NASA, other space agencies, government documents, and historical paintings and wall reliefs:

Abductions have been shown to be "psychic [or spiritual] experiences." This opinion is not only absolutely baseless but born out of religious extremism; mainly the handy work of Allen and Gary Bates who have failed to investigate facts as shown below.

PHYSICAL EVIDENCE: A large number of abductions produce physical evidence. Not only bodily marks but also implants. The number of abduction implant medical extractions are incalculable. The link that follows shows removed implants, but it is one of several searchable pictures. Fortunately, medical experts did X-rays on patients prior to implant removal, then photographed and stored extracted implants for future study. While some implants proved to be a by-product of human anatomical functions, others were not, indicating that not all instances are the result of abductions but some are. Are abduction events mental events? You be the judge. Implant sample

THE BIBLE MAKES NO STATEMENTS ABOUT OTHER WORLDLY BEINGS

Antagonists claim the bible makes NO statements about other worldly beings. "The Bible nowhere explicitly affirms or negates ETs. Implicitly (hinted, not solid), Scripture does deny the existence of such beings, thus negating the possibility of flying saucers guided by these so-called non-earthly creatures." "The Earth is the only place where man dwells."

EVIDENCE: See the following verses for actual "literal" evidence of biblical mention of other worldly beings. I have reservations when it comes to less obvious sources like chariots of fire or Ezequiel's metal cloud because it lacks referential content that solidly identifies UFOs or beings. They might, but it's best to side with caution. Besides, there is sufficient real evidence as shown below to remove all doubt.

Note that the word "host" in Hebrew [tsaba'] means host or army, mass of people, those that go forth. It does not mean stars but people:

The following references were taken from Ellen G. White's visions:

The following quote is from Origen, one of the church founders:

THE UNIVERSE IS YOUNG, CREATED IN 6 DAYS

The Westminster Shorter Catechism (Q. 9) mentions that the Bible "clearly" teaches that we live in a young universe (thousands of years old): “The work of creation is, God’s making all things of nothing, by the word of His power, in the space of six [24 hour] days, and all very good.”

THE SONS OF GOD ARE NOT ALIENS

Matthew Henry points out that “the sons of God” are in all likelihood (he's not sure about it, in other words) the “professors of religion, called by the name of the Lord, and called upon that name,” sinfully marrying “the daughters of men, that is, those that were profane and strangers to God and godliness.”

EVIDENCE: This assumption, for it is not evidence by any sense of the word, has persuaded many to consider the possibility that tagging the sons of God in this passage as "aliens" is an “alien intrusion” into the Word of God. Assumptions are outright tamei, which in Hebrew stands for false religion. "Ben elohym," the sons of God, is found 11 times especially in Job 1 when they stand before God. If they were fallen from grace before the flood, what were they doing visiting God in Job's days? Thought they were locked up on Earth unable to leave and visit God, so assumptions go. Contrary to the proposed assumption, the sons of God were around before Earth's cornerstone was laid and they sang in joy along with the morning stars, or angels, meaning they are many and live in countless worlds. If a few of them fell from grace in Genesis 6, that does not involve the rest of creation but is an isolated case.

UFOS ARE THE WORK OF SATAN

UFOs are the work of satan. According to Gary Bates (Marketing expert and CEO of Creation Ministries ... hint, hint), ETs are deceptive fallen angels taking people from Jesus.

EVIDENCE: According to this mother of all assumptions, an absolute second to none psychological deadening masterpiece, satan is to blame for UFO apparitions. Let's follow the evidence trail presented and see if that's what the bible really says, or if we're being put to sleep by means of subconscious resonance.

We are dealing with spokespeople who set themselves up to be wiser than us by their own right under the guise of study and faith, created a bank of adapted translations to fit Julian's 500 AD mandates, and run rampant interpreting God's word unchecked. This is not faith but gullibility

JESUS WON'T GO TO OTHER PLANETS TO SAVE THEM, SO ET'S CAN'T EXIST

Christ doesn't go from planet to planet redeeming people, only Earth, so ETs don't exist. God didn't fail to tell us about UFOs.

EVIDENCE: This assumes every planet fell which, as far as I am aware biblicly, only Earth did. Supporting this claim, check out Nehemiah 9: 6. It explicitly states that the host of heaven worships God. Doesn't sound like other planets are in a fallen state, does it?

That verse invalidates scores of imprisoning paragraphs that follow in Mr. Crampton's long drawn out reverie where people are reminded mercilessly of God's only son, the price of sacrifice, blood relationship, that the bible answers all questions, it's the only truth, and on and on it goes trying to make a far, far, far associative case built upon an invalid foundation of faith. Moreover, this lost soul stretches the bounds of already stained credibility to offensive levels by asking the public to ignore freedom of objectivity and renounce any evidence as fallacious except his, whether it be sightings, contacts, and other ET experiences because "the bible has a monopoly on truth." Well, not exactly. Which bible is the truth, the original, or his corrupted interpretation?

The Bible And UFOS

Is the bible at odds with UFOs? Over the years, efforts by biblical extremists gave rise to the most confusing web of biblical verses aimed to discredit God's infinite creation. I can do the same with War and Peace, even the Bill of Rights. These congested passages add little value to the objective mind, but do serve conservative purpose; belief by persistent deadening.

Literalization, mistranslated text out, of context with surrounding verses, and false scientific facts bundled into poetic rendering that never straight out proves; "UFOs and ETs don't exist." Antagonists swerve long around the subject trying to hit listener pain points, frighten them, detour objectivity, and in the end provide no real evidence; but sound trustworthy. Well, here's the evidence. 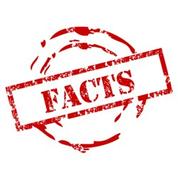 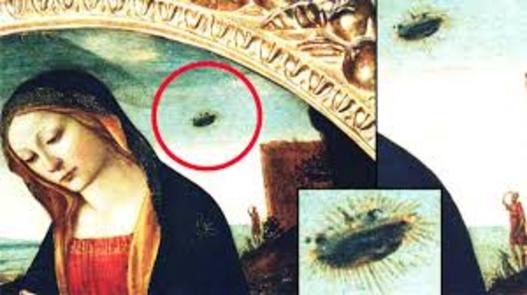