God represented by ancient roles and depictions of Zeus, Jesus by Helios, trust by Pistis, and the list goes on.

We can see that Christian articles of faith are not rooted in the Old Testament Jehovan godship, but rather, the Greek Pantheon. This should come as no surprise since numerous other principles of Christianity including traditions (Christmas, baptism, haloes, worship, intercession, immaculate conception, etc) are borrowed from ancient heathen beliefs and practices. Add to this the fact that Latin Vulgate translations changed the meaning of faith even more so, and additional translations on top of it over the years (linguistic and simplification efforts) only made matters worse.

Today, Merriam-Webster's Collegiate Dictionary states that faith is trust, allegiance, fidelity, sincere intent, trust, belief in religious doctrine without proof of source or content, and something believed with strong conviction. This is not far at all from the significance of the goddess Pistis. Yet, it is far from the real intent of original Hebrew content, and universal law.

What are the primary differences between Hebrew and Greek regarding the word faith? To answer this question, we have to go back to the original meaning of the word on both languages.

Adversely, Strong's G3982 reference for the Greek meaning of faith (pistis), it stands for persuasion, i.e. credence; moral conviction (of religious truth, or the truthfulness of God or a religious teacher), especially reliance upon Christ for salvation; abstractly, constancy in such profession; by extension, the system of religious (Gospel) truth itself—assurance, belief, believe, faith, fidelity.

We find that the difference is significant, impacting the core foundation of Christian belief itself. emuwnah demands that God be understood and the self known. On the other hand, pistis lowers the bar, indicating that God is to be trusted far above understanding Him and the self. This concept is contrary to our reincarnation mission wherein our earthly mind is to be known and educated, not handed over out of incompetence.

The Hebrew word emuwnah has its roots in aman from which we get 'amen.' But what about the Greek word pistis​, do we know its roots? The answer is yes, but the answer is rather disturbing and unexpected. 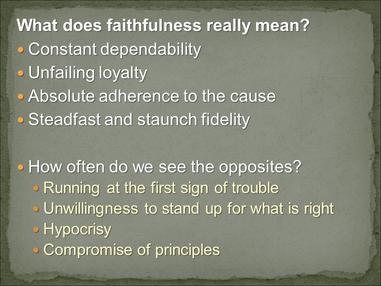 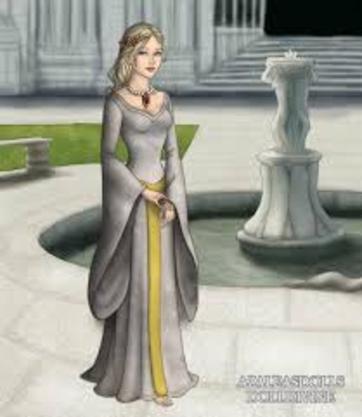 For the last two thousand years, the cornerstone for Judaism and Christianity, two of the word's major religions, has witnessed perhaps the greatest schism, struggle for reason, and doctrinal split in the history of all devotional challenges. That cornerstone is the word: faith.

From the earliest days of Judean religious practice, more precisely Genesis 15: 6, the word emuwnah (faith) signified man's devotion to his interaction with creative elements and protocol between man and God. However, Greek came around and changed it. Not all people and languages share the same equivalent meaning. Between Greek and Hebrew, the word faith differs greatly, sufficient to change the course of religious thought altogether. Let alone, the introduction of translations, doctrines, and forced concordance did not help matters.

Pistis has its foundations in Greek mythology, mainly in the personification of good faith, trust and honesty. It is a female idol, and many have suggested that it represents the female household role and her unquestionable blind trust in her husband's will. e.g., blind submission, resigned purpose, arrested evolution.

Pistis is mentioned together with other personifications such as Elpis (hope), Sophrosyne (prudence), and the Charites, who were all associated with honesty and harmony among people.

The Christian religion​, therefore, bases much of its understanding of faith on the values of a Greek goddess, values that differ widely from original Hebrew writings:

WHERE DOES THIS LEAD US?

Over the centuries, the meaning of faith has played a key role in setting mankind back in their spiritual progressive evolution. There have been continuous efforts to quiescent man's most critical mission on Earth: the inner drive to objectify the self and understand the responsible way of spirit. One such weapon devised to counter objectivism is known as: sin. This is a word that imparts despair to the soul merely by its mention, sadly because it is gravely misunderstood by design.

Once convicted (Greek faith) of incompetence as a result of sin's negative context, the individual must then resort to the lifeline represented by Christ, the only way to be "saved" from this unconquerable sin. e.g., you can't fix sin on your own and sin is bad. Only solution is: Christ. This is absolutely false. First of all, sin is a learning experience just as common as a child that does not understand Geometry the first day of class. The child will rise and fall until he gets it. Therefore, sin is not relative to right or wrong, it is a level of understanding in the infinite scale of both wisdom and ignorance.

In short, any belief system that cripples an individual by convicting him that he has no means to achieve freedom from error, except by relying on another being, is destined to ignore the purpose for incarnating on this dimension and failing the mission for which he was sent here. Life is accountability and objectivity, not reliance and objective incompetence.