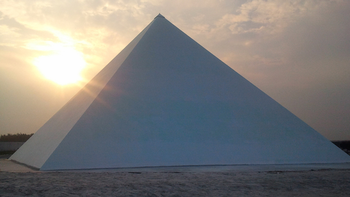 I replied to him, “Were I a comet, I would enter through your feet and be as one with you eternally.” I instantly felt humbly drawn into him in ways I never had before just as he quietly transitioned. We did not mourn but stayed consciously with him.

Next, I saw someone reach for the pyramid's block latch and hundreds of blocks levitated high in the air, making an entrance about four meters wide and equally as high, exposing a tunnel about ten meters or so into the pyramid. We carried the Moderator up a ramp into the pyramid and laid him as far into the opening as possible. There was a small holding area where we laid him to rest. We then walked out of the pyramid and blocks immediately fell back down into their seamless places, sealing the pyramid and the Moderator within it. This enormous pyramid is now resting at the bottom of the Atlantic Ocean. When I awoke, it was precisely 3:33 am.

There was another building, but I could not tell exactly its shape or whereabouts. This is where the Atlantean Moderator lived. I saw him in a blue-golden robe and of age, but most refined and of beautiful appearance. While he looked slim, tall, blondish, and different, I knew it was him. The feel was the same, and he was ready for transition, sharing his essence with us until the last moment. There were five of us around him, I was at his feet, and he asked three of us to take hold of his extremities. I took hold his feet. We felt as one with him as he brought us spiritually closer to him and each other.

From what I can recall, he said, "Dear ones, though I leave you now, we can never depart, either here or whence I come. Don't forget this moment and the workings of Light. Remember that negativity and positivism are not states of mind but directions of soulic movement. Whence I come, is your way, your desired direction. So as I pass and you pass, this place will also pass and you will return to once again pass in other times, choosing different directions until there is only one path for you, a path in the ways of mine. It is now my time."

There was a small hidden latch beneath the precise mid-western point about two meters from the ground that activated the opening. The pyramid was surrounded by water channels and there were trees similar to African Marulas lining the area between channels and pyramid. The ground was somewhat sandy but not dry, and there were low, rectangular, modern-looking buildings immediately to the north at an earth level well beneath that of the pyramid. These were used for engineering and planning purposes.

I had a dream vision of Atlantis at a time near the end of that civilization. In that dream, I was a young man about 19 years old, had black hair and of Asian-Caucasian appearance.

I stood in front of a large four-sided pyramid covered with a material unlike limestone or granite, but more like smooth metallic alabaster squares each about a meter tall with nearly unidentifiable seams. I walked around the pyramid due north from its eastern side, went westward along its northern side, and then midway south on its western side. There, I found an entrance that could only be opened by specific technology that disconnected and rose pyramid blocks in the air to reveal an entrance. Then, it put them back down again right where they had been. 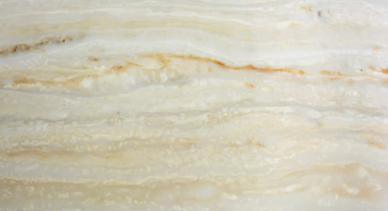 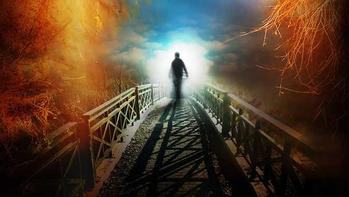 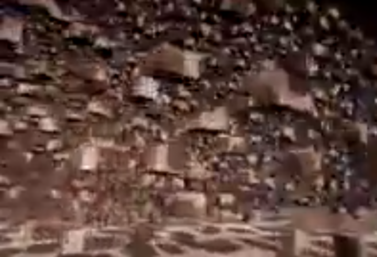 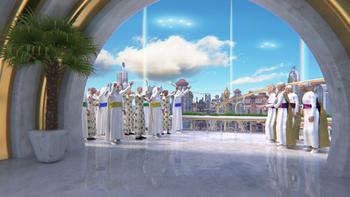 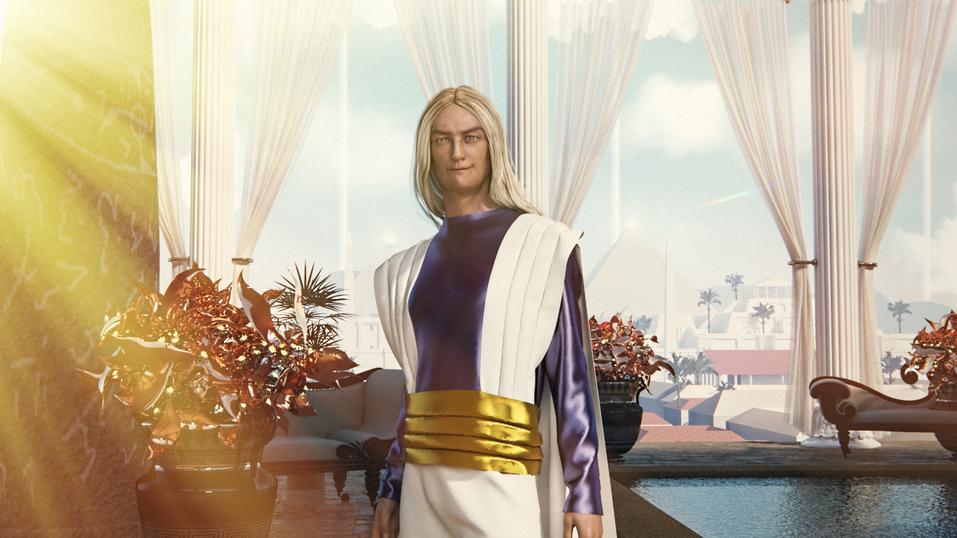