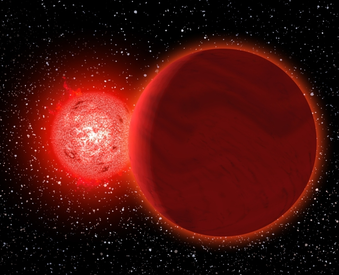 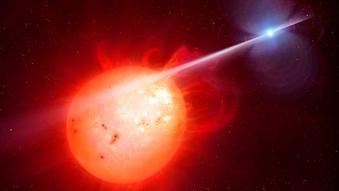 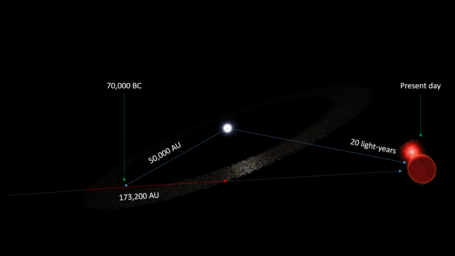 At 52 miles/sec, Scholz’s star would have taken about 9,800 years to transit through our solar system, traveling through some 2.74 light years worth of Oort Cloud members and coming within 50,000 AU of the sun itself. As it traveled through the Oort Cloud, the star disturbed the orbits of countless comets and asteroids, and imposed its own radiation belts upon solar system worlds including the sun itself.

​​​A well proven biological clock has been established by analyzing mitochondrial DNA from animal and human samples throughout the planet. These all tell a grim story of a “great bottleneck” or absence of life on Earth, a time when life was reduced to perhaps 1,000 breading pairs and biology was nearly extinguished, animals included.

​The star that ended Lemuria

In 2013, astronomers discovered an insignificant yet strange stellar object some 20 light years distant in the constellation Monoceros. The object pair, known as Scholz’s star, is a small dim binary star only about 60 to 80 times the mass of Jupiter, both classified as red dwarfs. What caught scientific attention was not their size, but rather their awkward movement, and the fact that they traveled at incredibly high speeds “away” from our solar system as if it had originated here.

The fastest space craft on record to date, Helios II, achieved speeds of up to 43.5 miles/sec. However, these small stars are traveling at 52 miles/sec, or 187,200 miles/hour. At those speeds, they are traveling at twice the speed of Mercury.

Obviously, by the nature of their speed, and since the solar system resides in a local bubble or void created by a past supernova, one can entertain the idea that these stars are spewed elements from an exploding large star - perhaps the very supernova that created such void. That said, how can these nova remnants bear any relevance to the history of our solar system?

By tracing the path of this star back in time, and taking into account the sun’s own proper motion through space, it was calculated that this star passed through the inside limits of our solar system some 0.8 light-years away from the sun or even closer, well within the outer Oort cloud. Moreover, the time frame for this fly-through occurrence is of interest, computed to be around 70,000 BC, about the time Lemuria was destroyed and Mount Toba exploded in perhaps this world’s most devastating super volcanic cataclysm. 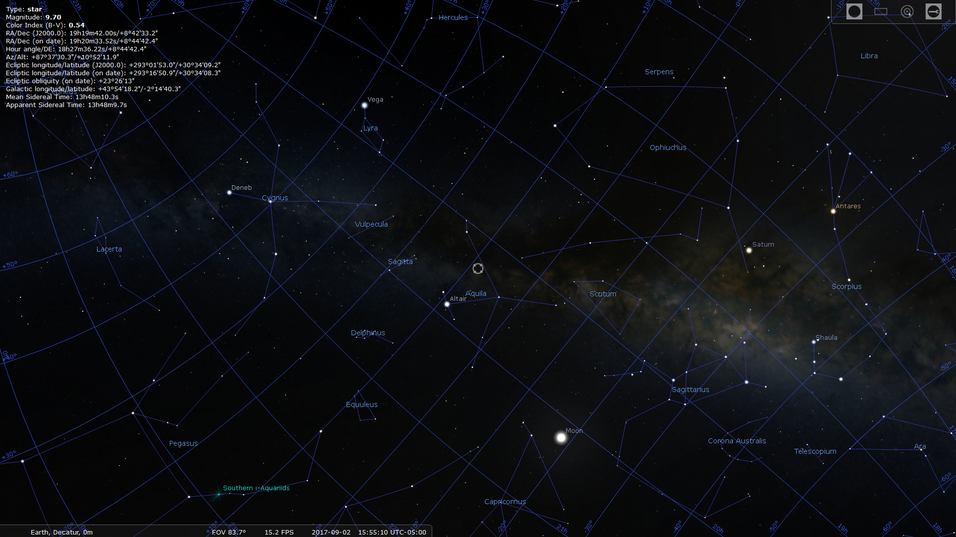 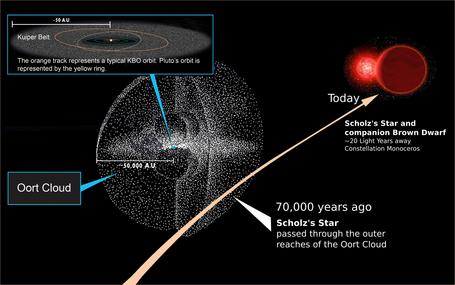 If we back track the star's present position to its point of origin, it would place it near Deneb in Aquila at coordinates 19h 20m 3.3s, +8d 46' 49.9". If Martians saw the supernovae around 100,000 BC, traveling at a speed of 52 miles/sec, that puts the explosion at 8.3 light years away. Such an event, that close, would have the potential to impact life on inner solar planets. The radiation would have cooked this solar system thousands of years before its binary remnant got here.

We can then ascertain that Scholz’s star was that supernova remnant that caused chaos on inner solar system worlds in that far back time, and also brought about the great cosmic void our solar system has been in for nearly 100,000 years. But we are now moving into the Scorpius interstellar cloud, a new high energy environment filled with higher density hydrogen particles that will be with us for 10,000 years, as we move on to yet other clouds in the Aquila constellation.