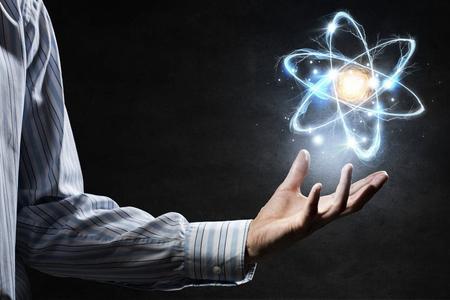 When we peer down upon skin covering our hands, we discover smoothness and uniform distribution for the most part, fashioned into place by a universal pattern we have become accustomed to over thousands of years. There are no gaps to be found, other than slight rifts and valleys at a miniscule level difficult to notice.

Upon closer inspection, these rifts isolate tiny skin islands from another shaped mostly like rhomboids or triangles. Each of these shapes contains thousands of cells that are closely knitted to the other. Still, upon closer examination, we find that cell walls are themselves not touching but rather "float" over each other's atoms in a constant dance of forces we fail to comprehend.

This figure is based on actual atoms present, regardless of space inside veins, lungs, stomach, etc.

Consider then the soul, the life force, where does it reside. Some say the brain is the seat of the soul, others claim DNA stores instinct traits and memory. But when we look at the numbers, these theories fall apart. The brain has 86 billion neurons and 85 billion non-neuron cells. If we treat the brain for equivalence's sake as a computer storage device, say 8-bits per byte of information which in itself is meager but sufficient for our analysis, we find that in all actuality the brain has the same capacity storage as a 22GB hard drive. That's insignificant by today's computer standards, given that a cell phone's SIM card provides a lot more storage capacity than that.

Adding in DNA as another possible storage point, with 22,000 genes, that by comparison is even less storage capacity than the brain.

Therefore, given that the atom and all things in nature are composed of energy and the body itself is a trivial storage device, then energy and its profound alternating virtual exchanges are the source of intelligence and where experience is recorded. This implies that thought, behavior, and ideas are composed of energy also for there is nothing solid, no actual physical holding container of either knowledge, mass, or wisdom but an insignificant energy pulse that brings, then takes away, the semblance of actuality and solidity faster than any instrument can detect. The best we can estimate our concept of space, time, and the frequency with which all forms in the universe appear and disappear is shown by Planck's constants (based on the speed of light):

This being the case, we live in a hologram with a resolution far beyond that of the best monitors in the industry (< 0.26 mm pixel size). Imagining that each Planck space is just a pixel of manifested energy, then the universe's pixel display resolution is some 16 billion billion billion thousand times finer than that of our best display monitors. So we ask, who is in charge of this finely tuned system, and how is energy related to the pulse of manifestation? Who controls that? Who makes it appear and disappear that fast? Why does it even return?

If energy appears and disappears, it means it is not physical. Likewise, the soul cannot be physical but also an energy manifestation which, as we know, cannot be created or destroyed, only altered. 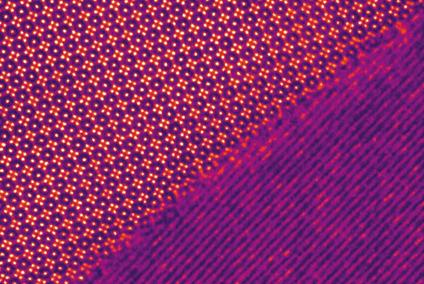 Atoms themselves never touch each other but rather exchange energy and forces that keep them at a standard distance and pattern from each other. Yet, atoms are but another misunderstood unit of energy, and whence its seemingly solid surface rises from is but another set of floating non-solid forces tinier and tinier into the microcosm itself.

By comparison, the percentage of solidity of the human form is surprisingly small when compared to the space consumed by atomic forms. Taking the following factors into consideration, the body's true solidity can be estimated as shown: