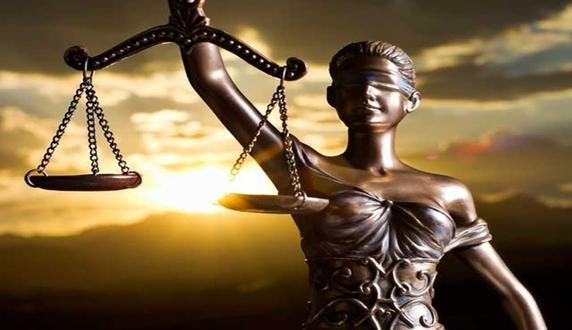 For thousands of years and in many civilizations, sin been associated more so with justice and payment than accountability and learning. Legal systems and social vengeance influenced the religious doctrine of punishment, a get-even solution considered by the masses as fair pay back and vengeance, eventually inciting human cleansing like wars and genocide to eliminate sin. The Crusades, ISIS, are they not about controlling the spread of sin? We've all heard of "eye for an eye and tooth for a tooth," but don't realize that it applies to anyone interfering with a woman's carrying womb, and has nothing to do with vengeance. And to those that beat themselves as punishment, little do they realize that is a cowardly move on their part, for subconsciously they aim to avoid worse punishment from God, or others. This materializes in the form of abstaining, guilt, mental degradation, sadness, and physical infliction.

WHY IS PAYBACK EXPENSIVE?

Where's the logic in harming body and soul to pay back? Isn't constructive posturing a more progressive gift to the Infinite and fellow brothers? What does mind and body have to do with punishable error when in fact ignorance and inner drives are to blame? You want punishment? Be honest and face the facts, admit your feelings, and do something constructive. Don't add more negation and self-hate to an already negative situation. Punishment is obviously not God's way by the very nature of human behavior, psychology, and evolutionary progress because, you are made from the Infinite's own essence or energy. In short, you are not punishing yourself but God's own essence! Realize what and who you are before you go tearing into something that's not your property!

Sin is subjective to the accepted evils of the time, for without sin there is no evil and thus no punishment. Remember that in God's eyes there is no good and evil, for one's good is an evil to another beholder in an infinite progression. Justice sets the level of evil or error, whether intentional or accidental. While lust is seen as sinful for example, lust within couples is permitted. While envy is seen as sinful, envy in the market place is seen as a necessary survival tool. Theft is seen as sinful, yet certain types of legalized theft such as gambling, price inflation, and taxation laws are seen as permissible. Wrath is also seen as sinful, yet without wrath, wars are lost, personal disputes disfavor the weak, and motivational speeches fall by the wayside. Lies are a typical sin, yet permitted in politics and church business under the guise of uniting people. Thus is sin in the eye of the civilization, and its regulations are not instituted by God but by man's evolving adaptation and tolerance of sin.

A thief does time, the robbed may get some insurance remuneration, and the insurance company raises fees to compensate itself of said compensation. Eventually, it is you that pays for someone else's justice. The liar apologizes, the deceived deals with lost time and opportunity. The punished rots in prison adding no value to humanity. Justice is indeed blind to the needs of both victim and doer. How we deal with sin is no different than the justice we administer unto others, reason we must rethink and retool what sin is in infinite terms.

IS PUNISHMENT BORN FROM ANGER AND SUPERIORITY?

The child that breaks a tea cup receives punishment rather than education, though justice (vengeance) is swiftly served and anger vented by the parent. That child now grows defensive, ready to lie on demand and becomes careless to the needs of others to avoid justice. In this manner is wrongfulness propagated, not diminished, such that payment becomes expensive and vengeance a declaration of war. Penalty goes both ways. The punisher wants an opportunity to be sin-free, a superiority complex, while the punished wants vengeance and escape from punishment, an inferiority complex. Is God OK with driving his creations into psychological trauma by inflating superiority and inferiority complexes? I would think not, and that truth needs no emotion to be correct.

UNDERSTAND SIN AND ITS SOURCE

God being truth is sufficiently virtuous and honest unto itself. Hence, His only punishment is that you know truth, sooner than later, so you can develop as an objective, righteous, analytical, and informed being capable of fronting negative influences from young age and deflect the ogre influences of negative forces all too willing to cast ignorance shadows on mankind. These forces mean to hold man hostage and use his soul and body to experience their once physical emotions. That's what drives ignorance. One must understand sin. Sin is the result of ignorant regressive motives in the soul, a lack of understanding of cause and effect in the infinite scheme of things. When we know not what we do, we sin, it's to be expected. Therefore, sin is indeed missing the mark. But like a child that is unprepared for college calculus, error is the degree of attempted expression within the person's knowledge scope. Sin is a "preparer" of sort, experience-based learning. A cave man that clubs a car out of ignorance, is that a sin? A child that breaks a tea cup, is that a sin?

The beginning of sin should be our framework for self knowing and progressive development.

According to Strong's reference, H2403 describes the nature of error, misstep, misfortune and penalty as expressed in ancient Hebrew times.

In religious context, sin is the act of transgression against divine law in the form of thoughts or actions that endanger the ideal relationship between an individual and her or his God or Gods. It can also be seen as any diversion from the perceived ideal order for human living. "To sin" has been defined from a Greek concordance point of view as "missing the mark." Still, meaning between cultures evolve over time and "sin" is no exception.

The original sense of New Testament Greek hamartia (ἁμαρτία) is failure, being in error, missing the mark, especially in spear throwing. The Hebrew equivalent, hata, originates in archery and literally refers to miss the "gold" at the centre of a target, but hitting the target nevertheless, i.e. error or lack of skill. Thus, both languages take a distinct approach to missing the mark; the Greek version is an all-or-nothing type interpretation (failure), while Hebrew is more about skill set. In either case, a form of punishment is suggested which, according to universal law, gains one nothing but added negative weight and physical pain, an added negative payload to be worked out in future lives. 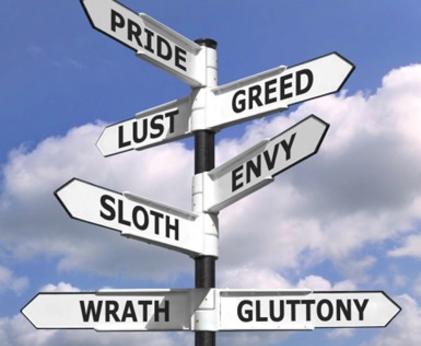