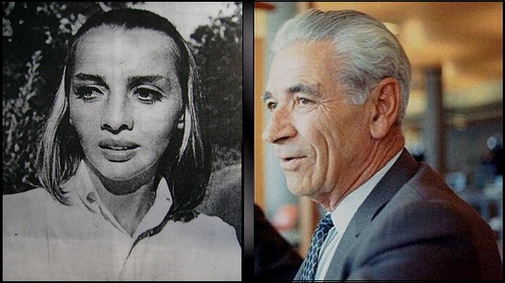 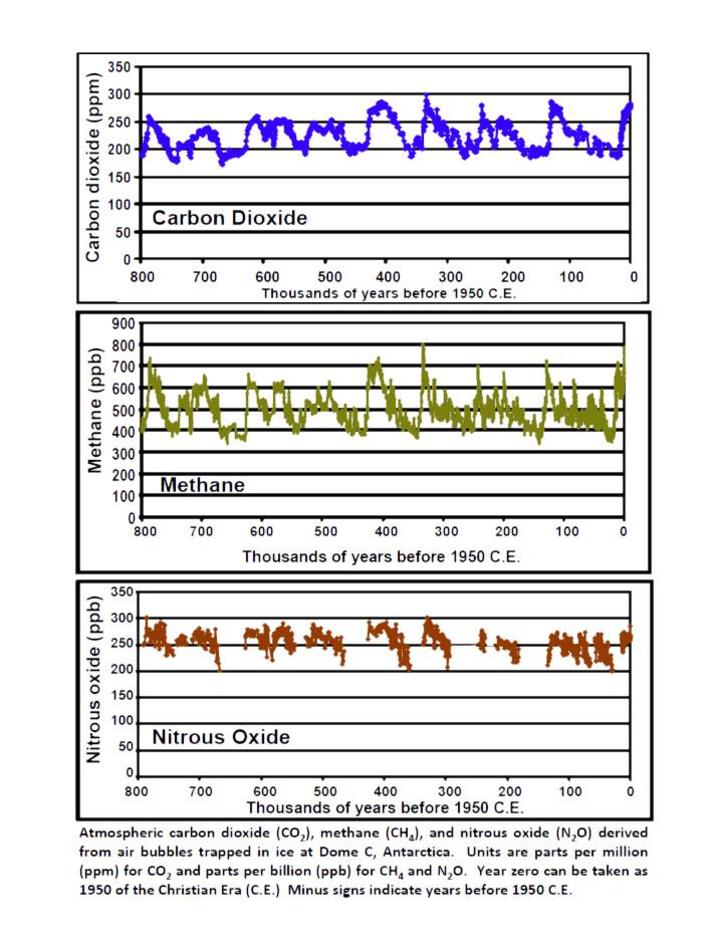 ​Ionizing radiation from nuclear explosions generate a host of particles including x-rays, gamma/cosmic rays, and neutrons (most dangerous long term). These create a chain reaction or transmutation with air nuclei including nitrogen and carbon. Under special circumstances, if neutrons have energy within certain limits and decay in certain regions of the earth's magnetic field, the resulting protons and electrons may add to the population of the radiation belts.

Cosmic rays kept the level of carbon-14 in the atmosphere roughly constant (70 tons) for at least the past 100,000 years, until the beginning of above-ground nuclear weapons testing in the early 1950s. What do these radiations imply today? The issue is not atmospheric gas but what interacts with it. In this case, radiation.

Although people speak of “greenhouse” gases keeping earth warmer than would otherwise be the case, the way they heat the atmosphere is not like that of glass in a greenhouse. The atmosphere heats up as a result of incoming short-wave radiation, radioactive elements that help short-waves in, and emissions adding to the problem. As the earth heats up, it gives off some of that heat in the form of outgoing long-wave radiation. Just as photographic filters block light of specific wave-lengths, so do “greenhouse“ gases absorb heat in specific wave-lengths and stop it from leaving the earth. The following figure shows the outgoing heat radiation at ground level, the radiation “escaping” to space, and the effect of greenhouse gases. The main culprit is NOT carbon dioxide or emissions ... it's simply: water vapor!

Lurking beneath our feet, the upward flow of heat from earth's interior to the surface is estimated at 47 terawatts. This energy comes from radioactive decay and primordial heat base within the planet itself. While this is only 0.003% of the sun's heat registry falling upon the planet, the location of these heat sources is of interest. In the following picture, note that both Greenland and Antarctica, the primary land masses where glacial ice melt has generated the most concern, are peak heat energy sources feeding glacial ice melt from the  bottom up:

​A WARNING FROM SPACE:

Starting in the early 1950's, George Adamski became perhaps the most renowned alien contactee of all times.

In his many books, he outlines with pinpoint precision and clarity the wisdom and mission of highly developed beings not only from this solar system but others far beyond.

Read what these beings had to say about atmospheric changes on this world and their cause. 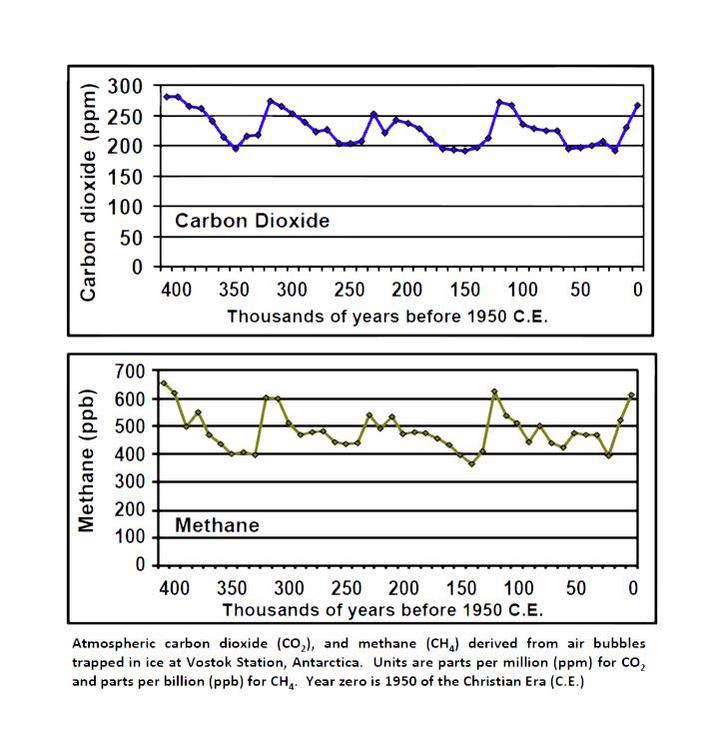 These past warming cycles take an average 14,000 years to rise in heat, and 47,000 to cool down ... spending 3.7 times longer colder than hotter. e.g., every 70,000 years on the average or 2-1/2 axial precessions, we get a full hot to hot cycle. As the axis alters, poles change solar angle, some parts melt while others build up where it's cooler. Wildfires, volcanoes, and human emissions accelerate the planet's rush to reach a heat max, that cannot be ignored, but vegetation will ingest emissions and Earth adjusts automatically as shown by graphs below. 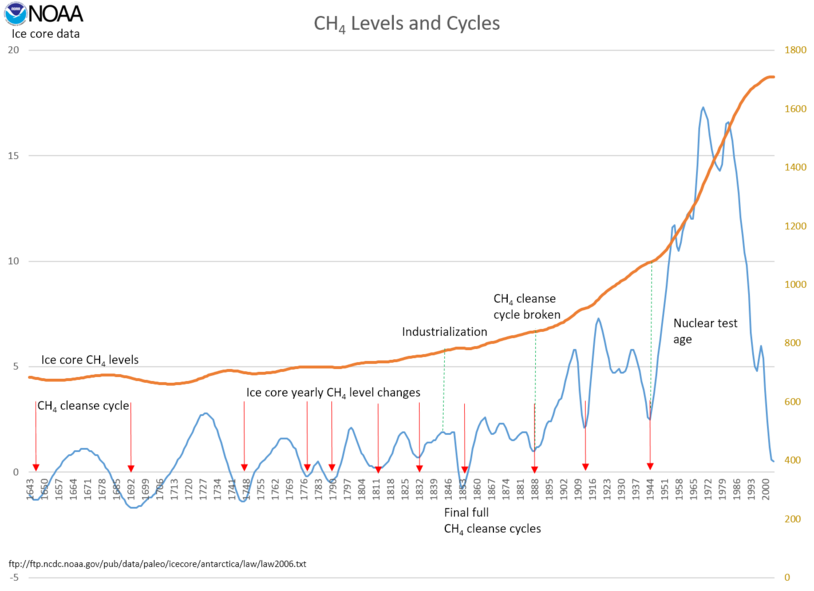 Over 2,400 nuclear explosions have taken place to date and their numbers keep climbing. Were these the events that super charged global warming, and how can we correct it?

"they were concerned with radiations going out from Earth. This I got clearly since there was a considerable amount of radiation of heat waves rising from the desert [Desert Center, CA, where this contact took place], as is often the case. Such as the waves that are often seen rising from pavements, and highways on hot days. He pointed to them and then gestured through space. I asked if this concern was due to the explosions of our bombs with their resultant vast radio-active clouds? He understood this readily and nodded his head in the affirmative."

“In your first meeting with our Brother here, he indicated to you that the exploding of bombs on Earth was of interest to us. This is why. Even though the power and radiation from the test explosions have not yet gone out beyond your Earth’s sphere of influence, these radiations are endangering the life of men on Earth. A decomposition will set in that, in time, will fill your atmosphere with the deadly elements which your scientists and your military men have confined into what you term ‘bombs.’ The radiations released from those bombs are now going out only so far, since they are lighter than your own atmosphere and heavier than space itself."

“Could the drastic changes in our atmospheric conditions, in many places since the bomb tests, have anything to do with the release of that energy?” "They have, indeed!” Ramu replied, “and we are not guessing. Our instruments have registered those results. We KNOW!”

Global warming is blamed on the onset of the industrial revolution. However, if we look at the real break point when atmospheric carbon dioxide broke with its even peak trend of 285 ppm, the year was 1843, creating peaks in 1870, 1886, 1904, and 1915 time frames. However, it wasn't until 1945 that the curve accelerated upwards and natural carbon recovery began to fail. Should we blame pollution or lack of green conservancy for global warming, or are there much graver consequences being overlooked or hidden, such as nuclear and exo-planetary circumstances? Did we alter earth's natural magnetic resonance by introducing radioactive agents?​​

Let's see what more advanced space dwellers have to say in that regard.

​Should we clean up emissions? Yes. Should we panic? No. Why?

Take a look at the monoxide/dioxide video below, showing gas accumulations and flow during a one-year period. Notice how carbon dioxide is attracted toward north polar regions (colored hues) in ever growing cumulative quantities from as far south as Australia and Chile, while carbon monoxide travels mostly southward (grayish hues). Are these molecules being attracted by earth's magnetic field in the atmosphere?

During the summer, carbon dioxide emissions hover over the equator, but quickly climb back up northward. While vegetation plays a huge role in absorbing emissions after the northern hemisphere's winter's thaw, why doesn't it travel to the southern hemisphere when winter lingers there, much as it does during northern winters? Again, do earth's fields play a role here? The answer is, yes. The core/mantle is affected by neutrino bombardment, the magnetic field from atomic fission particles interfering with the planet's base frequency.

GLOBAL WARMING, IS IT REAL?

This brief exposes previously hidden facts regarding global warming, an ongoing atmospheric and magnetic belt anomaly that IS REAL and cannot be overlooked. However, emissions are not to blame but rather something a lot more sinister that affects the way our planet as a whole handles emissions. Man killed earth's anti-oxidant system back in 1945, the planet's natural glutathione function per say, the resonant heartbeat of the mantle, core, and magnetic field, Why is this information overlooked? Let's review the case for global warming by reconstructing historical atmospheric conditions recorded on earth's surface, taking into account the space Brothers' own scientific observation of what is really causing the planet to heat up:

How do we fix it?

Deep ice core samples from Antarctica provide a history of earth's atmosphere dating back to 450,000 BC. These samples, taken at EPICA and Vostok sites, show a cyclic pattern of up to seven global warming events during that time span where temperatures rose from 3 to 6 degrees celsius above normal. At present, we are at an average peak which is below previous methane, carbon dioxide, and cycle highs. The chart below shows:

Red: ice volume. Present is average and below other cyclic periods

How does this information tie in with existing reports of continually rising carbon dioxide emissions against what these ice cores show? 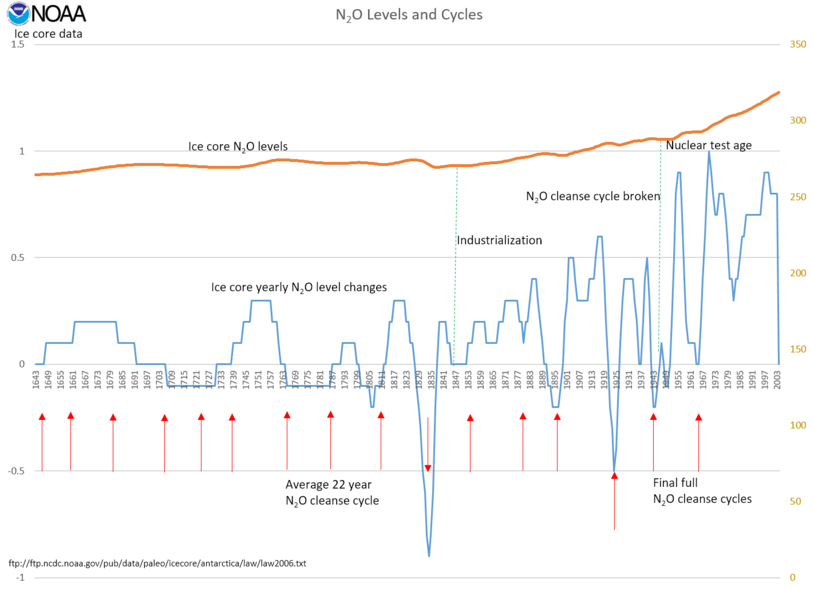 Think microwave ovens, using radio energy to speed up cooking. If the sun is the oven, what on earth speeds up its cooking effect? As seen above, if we've energized radiation belts with "accelerants" or resonant energy elements that disable earth's natural defenses and boosts solar radiation entry, then the planet's ability to combat pollution is greatly stiffled. We can observe the following symptoms:

b.  Atomic radiation released into the atmosphere injects energy into gases and radiation belts

HOW DO WE FIX IT?

a.  Carbon dioxide reduction is most at hand, but is not the ultimate solution, only a temporary band-aid

b.  Water vapor continues to be the primary heating agent, but atmospheric pressure is difficult to control

c.  Van Allen belt resonance is affected by internal planetary activity and solar radiation, inner activity may be dependent on half-life or mutated neutrino nuclei difficult to find and eliminate

I will go back to ancient Atlantean technology and the implementation of 300KHz emanations to defuse energy collections in the radiation belts. Nikola Tesla had the answer long before our time.

In the chart below, notice a carbon dioxide 22-year low cycle variance where down means a decrease in gas presence, probably tied to the occurrence of two solar spot cycles. Of interest, note the last such cycle occurring around 1945, an event that stopped the normal cyclic event. What major event took place in 1945? 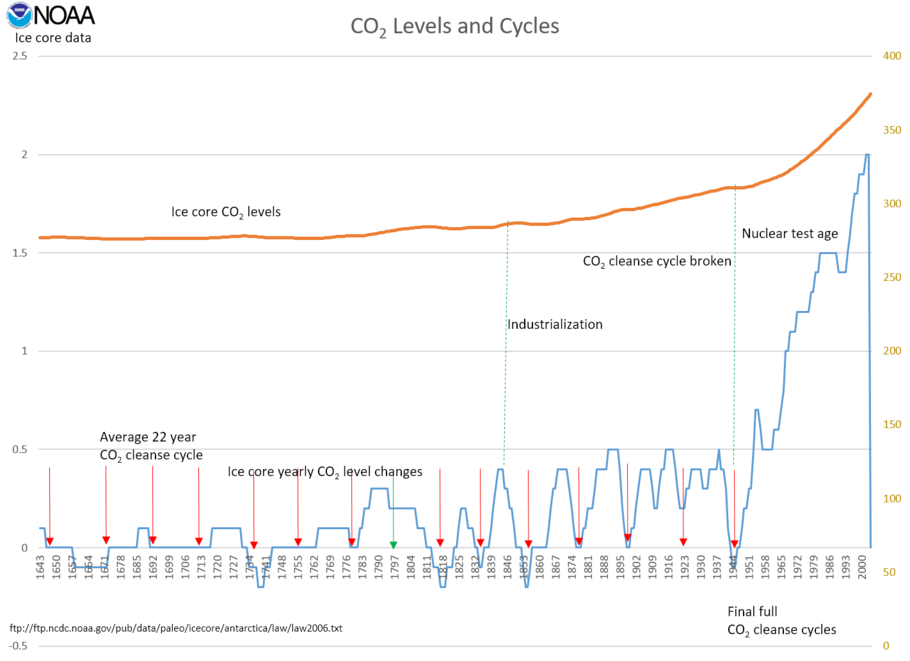 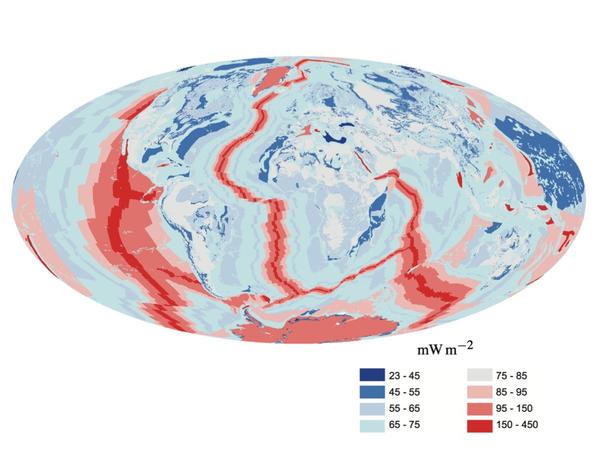 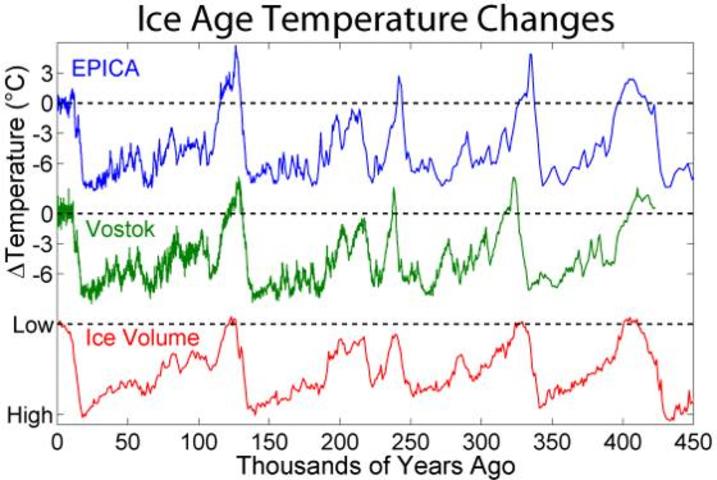 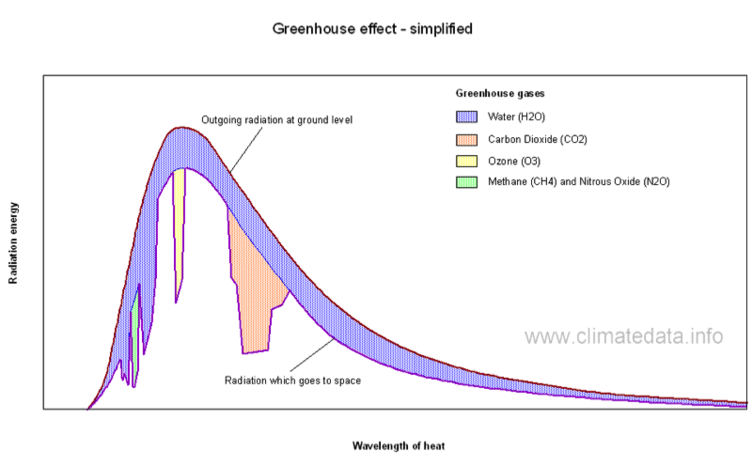