Four days ago, I woke up to a burning scalp where scabs and welts were forming, painfully sensitive to touch. First thought was, has my old Pemphigus condition returned? The unbearable condition went into its third day with no relief in sight and no clue why.

It was now Monday afternoon and I was resting at home after being told at work that my position had been eliminated and escorted out after years of service. I felt somewhat upbeat in spite of the situation, aware that this had something to do with the burning scalp and answers were definitely forthcoming. I waited patiently for answers not dwelling on emotions but recognizing them. Still, I had no clarity and decided to shelf my thoughts 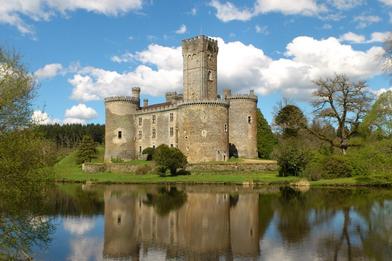 Then out of the blue, a young lady I met in the Conscious Life Expo called and, as I talked to her, I immediately got a vivid impression of a castle with long beautiful golden-trimmed red tapestries hanging off its sides, bordered by a still mote and a king on horseback approaching it through the forest.

Immediately, I thought of Richard Lionheart, and asked this lady what she thought of him. Few hours later, she sent me a picture of Chateau de Montbrun in France; it was identical to the castle I envisioned to a great degree. 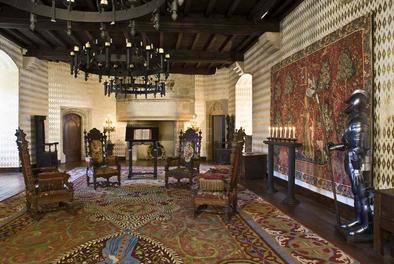 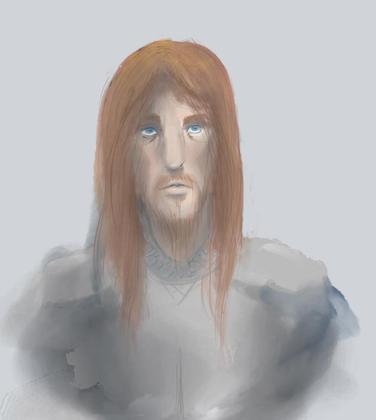 Immediately, I saw myself deposed of my position, bound in ropes, beaten in chest and face, my hair set on fire, and thrown into a dungeon where I died in neglect. I felt I supported King Richard and, during one of his long trips away, his enemies took the opportunity to get even with me since my protector was gone and … my selfish behavior had it coming. Hours later, my scalp ceased burning and welts began to heal.

As for the young lady that called, she unexpectedly had a dream later on that evening where she saw herself as a crowned man in knight’s armor. Being an artist, she drew a picture of this man and I post it here with her permission.