​Finger bones and cartilage from children:

The worse thing that could ever happen is to take something back, such as an opinion or statement of position made publicly. So, word to the wise, don't let fingers point right back. It comes as no surprise that people compare what they see to what they know, and discard the rest to simplify knowledge assimilation. As Adolf Hitler once said, "How fortunate for governments that their people don't think," it is sad to note that people don't objectively question what is presented to them. Controversy is not a matter of evidence, but an issue with the presenter that uses specific evidence, however partial, to favor a personal interest or position. Thus, fingers point right back, not to the presenter, but the listener that lowers acceptance standards. Hopefully, what follows will make that rather clear. 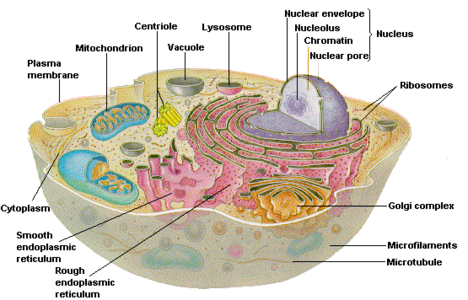 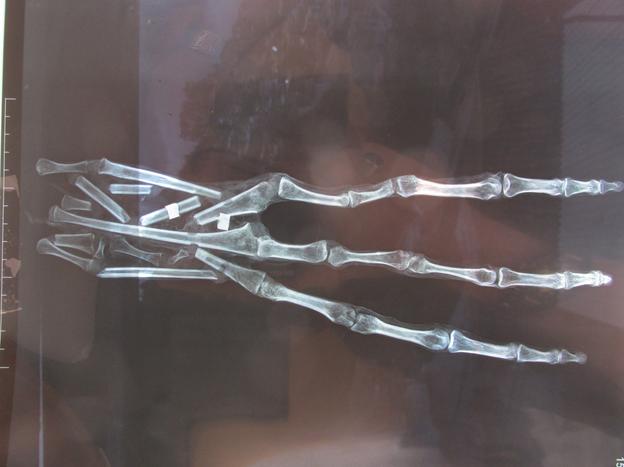 ​HOW DID THIS ENTIRE MATTER GET OUT OF HAND?

A preliminary study carried out by the Paleo Laboratory in Canada was said to show that Nazca mummy DNA samples were 100% human, but this was taken out of context by the media who is not well versed in genetics. The very thought of that being true is absolutely absurd. Between you and me, both being human, we cannot be 100% alike, not happening. Therefore, the connotation of 100% human is not about compatibility but genetic constructs, meaning strands, genes, mitochondrial RNA, etc. Immediately, the "hoax" theory took flight, misunderstanding how genetics works. It takes months if not years to arrive at DNA compatibility factors using complex analysis processes and tools. After months of DNA tests and analysis, we don't have a complete picture yet. Several questions remain. What is the y-mrca of the sample? What are the specific genome sequences that determine precisely the age, evolutionary tree, specie age and type, antibody development describing original environment, and matching genes to today's human structure? Without this information, we cannot assume that the specie's comparative DNA is 100% human. Far from it. 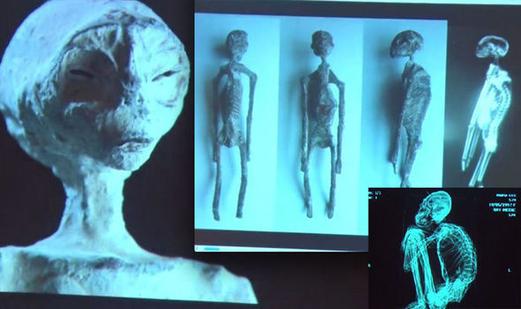 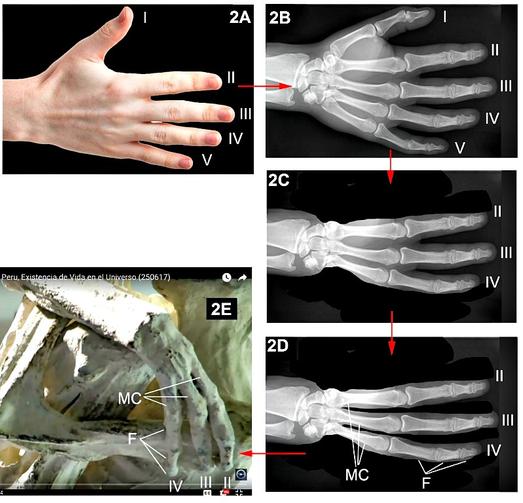 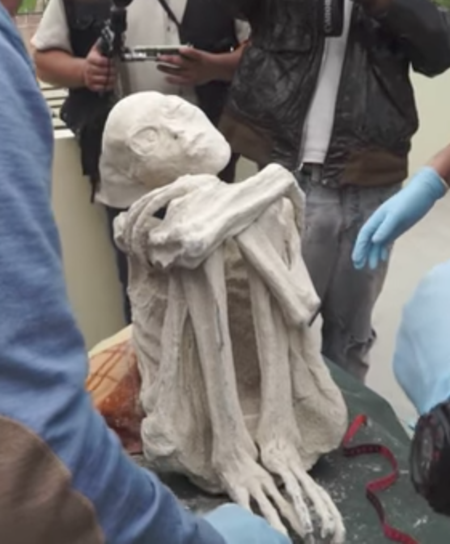 I've held the possibility that plasma helical constructs in space are convergent, meaning universal. Just as atomic molecules are naturally drawn to create complex compounds in space including water and dust constructs, these same interstellar dust constructs form the basis for life throughout the universe by obeying certain preset harmonic standards.

Being electrically charged in the form of plasma, the fourth state of matter, interstellar dust resides in a microgravity environment, is attracted to each other, joins together in a string-like configuration, and twist themselves into spiral helix shapes. These are held together by electromagnetic forces. Patterns emerge from said joining, many giving rise to specific molecular placement following consistent atomic relationships as if these atoms assumed regular bonding patterns, or, the plasma grid itself contained "pockets" wherein specific atoms fell into by default.

Recent studies show that dust particle groups can reproduce, transferring the information acquired as to its helix shape into the next generation. Thus, auto-regeneration occurs. Why is this important, and what does it have to do with Nazca aliens?

We commonly refer to earth humans as carbon-based lifeforms. While that is a true statement, DNA gene linkages would not form or hold without amino acid and other molecular chains in the DNA helix. DNA, which stands for deoxyribonucleic acid, resembles a long, spiraling ladder. It consists of just a few kinds of atoms: carbon, hydrogen, oxygen, nitrogen, and phosphorus. Combinations of these atoms form the sugar-phosphate backbone of the DNA; the sides of the ladder, in other words. Without phosphorous, the helix "hand rails" would not form. But in the case of say an "F" class star with different metalicity, could sulphur become the glue to tie amino acids to helical hand rails? Assuming that is true, could alien genetic analysis be doomed for failure by assuming phosphorous based helical transports?

Other combinations of these atoms (CHONP) form the four bases: thymine (T), adenine (A), cytosine (C), and guanine (G). These bases are the rungs of the DNA ladder. (It takes two bases to form a rung, one for each side of the ladder). A sugar molecule, a base, and a phosphate molecule grouped together makes up a nucleotide. Nucleotides are abundant in the cell's nucleus. Nucleotides are the units which, when linked by sugar to phosphate, make up one side of a DNA ladder.

During DNA replication, special enzymes move up along the DNA ladder, unzipping the molecule as it moves along. New nucleotides move in to each side of the unzipped ladder. The bases on these nucleotides are very particular about what they connect to. Cytosine (C) will "pair" to guanine (G), and adenine (A) will "pair" to thymine (T). How the bases are arranged in the DNA is what determines the genetic code.

When the enzyme has passed the end of the DNA, two identical molecules of DNA are left behind. Each contains one side of the original DNA and one side made of "new" nucleotides. It is possible that mistakes were made along the way -- in other words, that a base pair in one DNA molecule doesn't match the corresponding pair in the other molecule. On average, one mistake may exist in every billion base pairs. That's the same as typing out the entire Encyclopaedia Britannica five times and typing in a wrong letter only once!

From this, we learn that the cosmos is "replicant" by nature, every replication has a pattern, and every pattern a harmonic source that ties it all together, from elemental foundation on up to full lifeform construct. This implies the existence of standards that replicate based on a base pattern that in itself does not corrupt or change. And if it turns out that the Nazca aliens have a phosphorous nucleotide link to CG and AT bases, then two possibilities exist. One, these aliens are from this planet. The other, they are from another solar system whose star plasma constructs are somewhat similar to ours. e.g., their star would not be much different plasma-wise from ours. 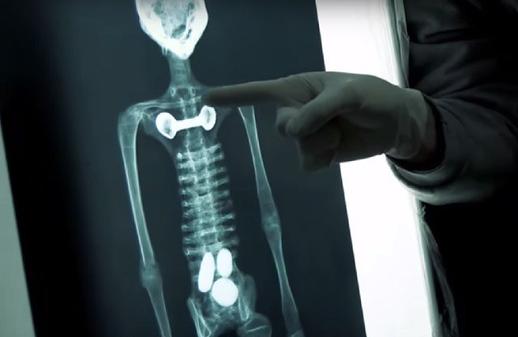 Much as the blind men described an elephant, each touching a different part of it without seeing, so do critics blindly compare what they see with what they know, but don't take into account what they "don't see." Below are critical observations on controversial debunkers rising to the occasion: 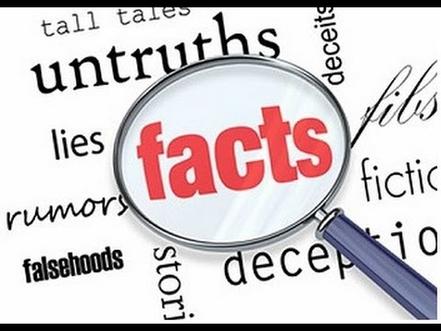 Space aliens found in Nazca. Nazca hoax. These are the top headliners these days, most stirring to say the least. Many are coming forward for a chance to become overnight famed sensations at truth's expense. The subject "could" potentially lead to stardom. Civil followings (Facebook and Youtube stuff) are kicking this up a notch. But few are taking proper scientific steps to verify findings using the latest imaging and DNA analysis techniques, or trust said findings. Interpreter entrepreneurs abound seeking fame by vampirically contaminating scientific evidence and putting down ongoing research to make a name for themselves - governments love these lonesome cowboys. So what are we to believe?

Everyone seems to be an expert on the subject, but few can provide solid scientific proof, debunk naive conclusions, and respect science. Still, many are influenced by governments to silence evidence. What's the truth? What evidence should we use to determine, one way or the other, the difference between amateur and legitimate researchers? In the write up below, I will take a scientific objective approach to analyze findings and opinions given to this date: December 1, 2017.

Read on to get a better grasp of what it takes to really know for certain what is and isn't concrete scientific evidence.

As scientific research into this ancient Peruvian mystery captivated our interest, more and more information slowly evolved from preliminary studies being conducted using more advanced genetic processes. Here's what has been discovered thus far, keeping in mind that analysis is only partially complete.

According to Express, who ran an initial news campaign that cast Nazca mummy findings into the hoax category, possibly not by intent but unfortunate lack of proper information or misunderstanding, as is usually the case, recently posted the following information from an interview with Mexican journalist Jaime Maussan:

In English, what does this mean? This implies that the content, not structure (originally confused with being 100% human), of DNA samples share only 30% with present-day humans, purposeful ingress contamination is not present, and it is ancient. Those are important factors that should put to rest any concerns about mummy bodies being constructed from human parts, especially infant remains. That said, let's review additional information regarding what science knows about DNA sharing with known lifeforms on this planet:

​​​THERE YOU HAVE IT

Everyone is entitled to an opinion, but we have to get beyond gullibility, fame antics, personal agendas, and simplification. More will be shared as it develops. Below are important links that demonstrate important scientific analytical processes and avoid conjecture.